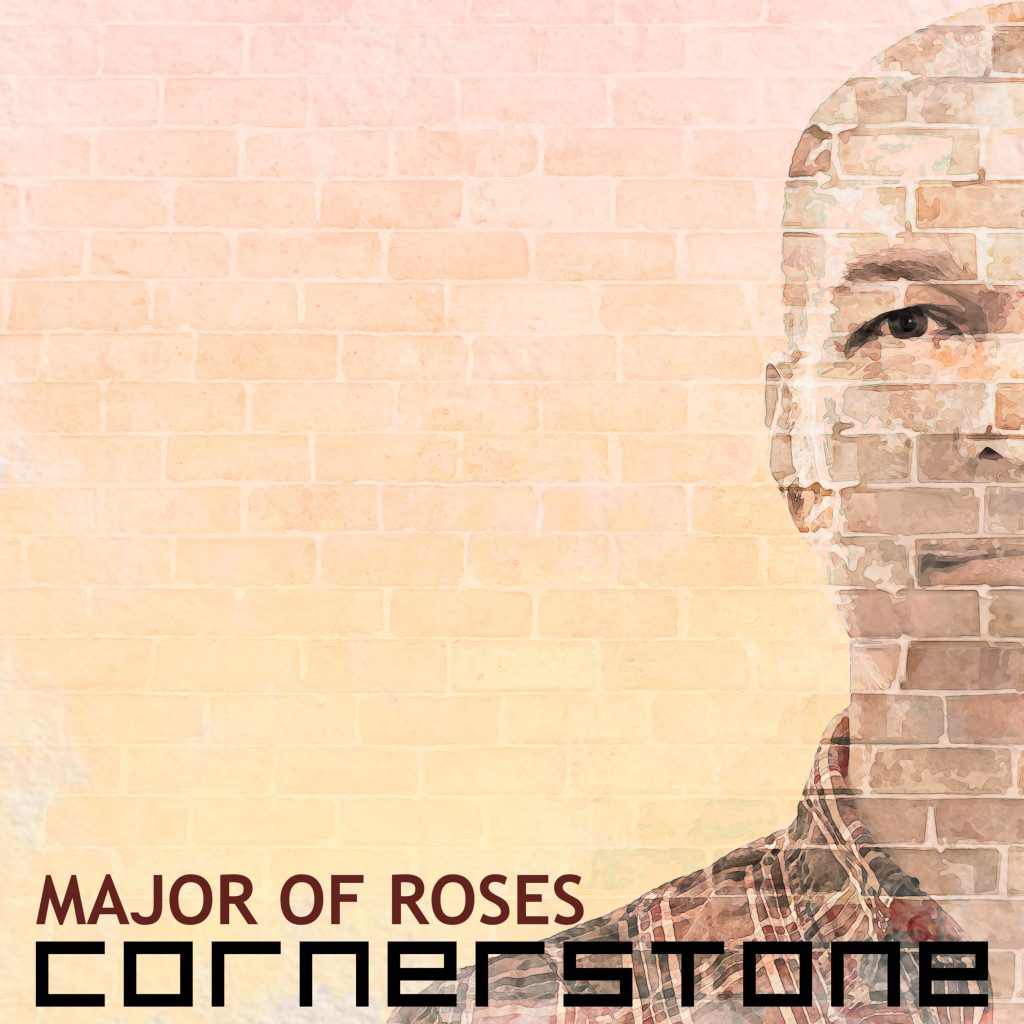 Golden Shroud
I Don’t Care
Albatross
In Love Again
Pry
Cornerstone
Slow Down
A World Without You
Who Could Ask For More?

Listen to all music by Major of Roses.

Major of Roses released his first full album “Cornerstone” in June 2018. It contains music in several different styles. “It is obviously a Cornerstone for me as an artist, but also a Cornerstone in the music industry and culture in general.”

The title track is a catchy throwback to 50ies rock and roll, with a modern touch, that suggests there are a lot of great inspiration to be found in the past. “There’s a reason for the classics to be called the classics”.

Among the other songs there are “Pry“, a desperate song that revels in space and understatement, and “Who Could Ask For More?” which is celebrating a relaxed life through an extreme use of double tracking, featuring several vocals on top of each other. “Albatross” tells the story of a man who wakes up one morning and starts to fly, believing he is an albatross, while “Slow Down“, with its industrial sounding backgrounds, tells you there is no reason to be pushed around.

The album was reviewed by the Indie Source: “Cornerstone is a major contribution to the singer/songwriter scene of today and Magnus Rosell distinguishes himself as a lyricist of true note with substantive literary flair. Let us hope that there’s much more to come from this major European talent.”.

Music by Major of Roses is
available
on all major music services.